In late 2010 RCCA was contacted by the Curator of the Museum of Old and New Art in Hobart wanting a Rover SD1 for an art installation by the Swiss visual artist Roman Signer. He had already “done” an installation some years before which he called called EngPass. Our Tasmanian Members found him a Donor Car.

For this recreation of Engpass at MONA two converging concrete walls were constructed on a slab base, into which a Rover SD1 was driven at around 40km/h to be wedged in the rear opening. This was viewed by a crowd of around 2000 people on the Moorilla Estate lawns, and broadcast through the Tasmanian ABC network. There was of course the appropriate safety and stunt personnel. As the car was to be driven into the walls, it needed to be a running concern.

The installation is still there, although the car as you would imagine is slowly rusting away! And it looks like some parts are being “souvenired” with a few more added dents! 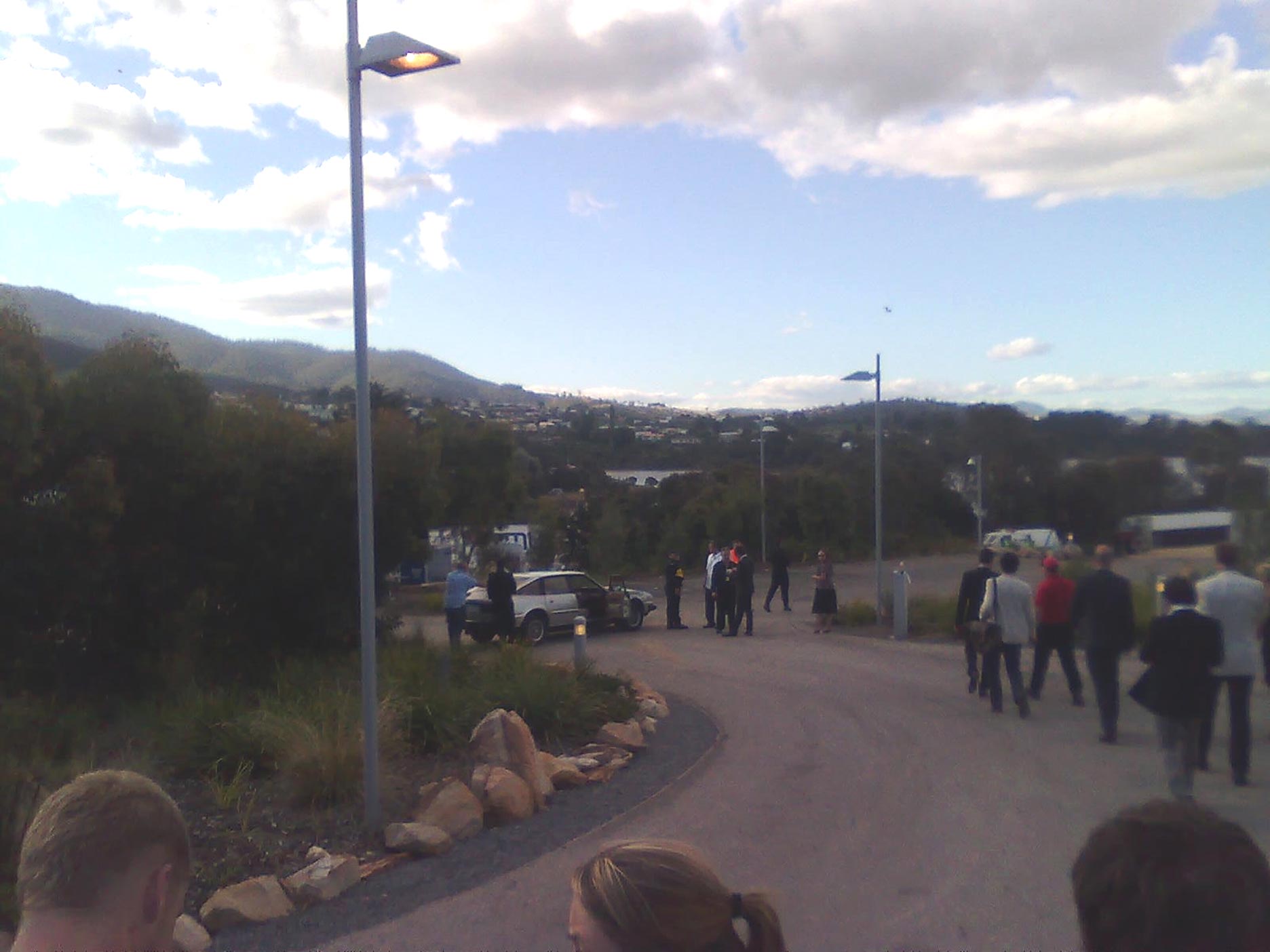 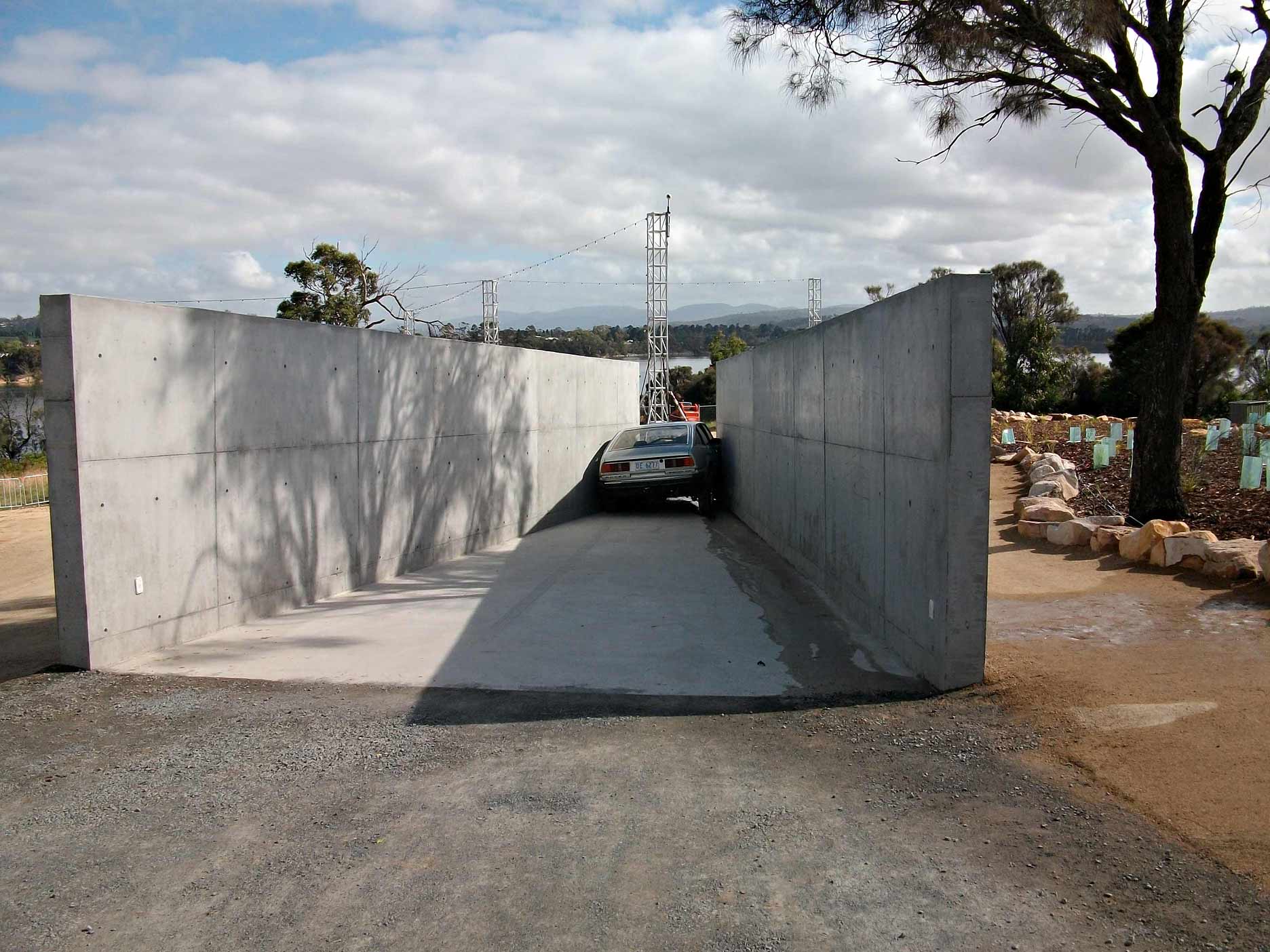 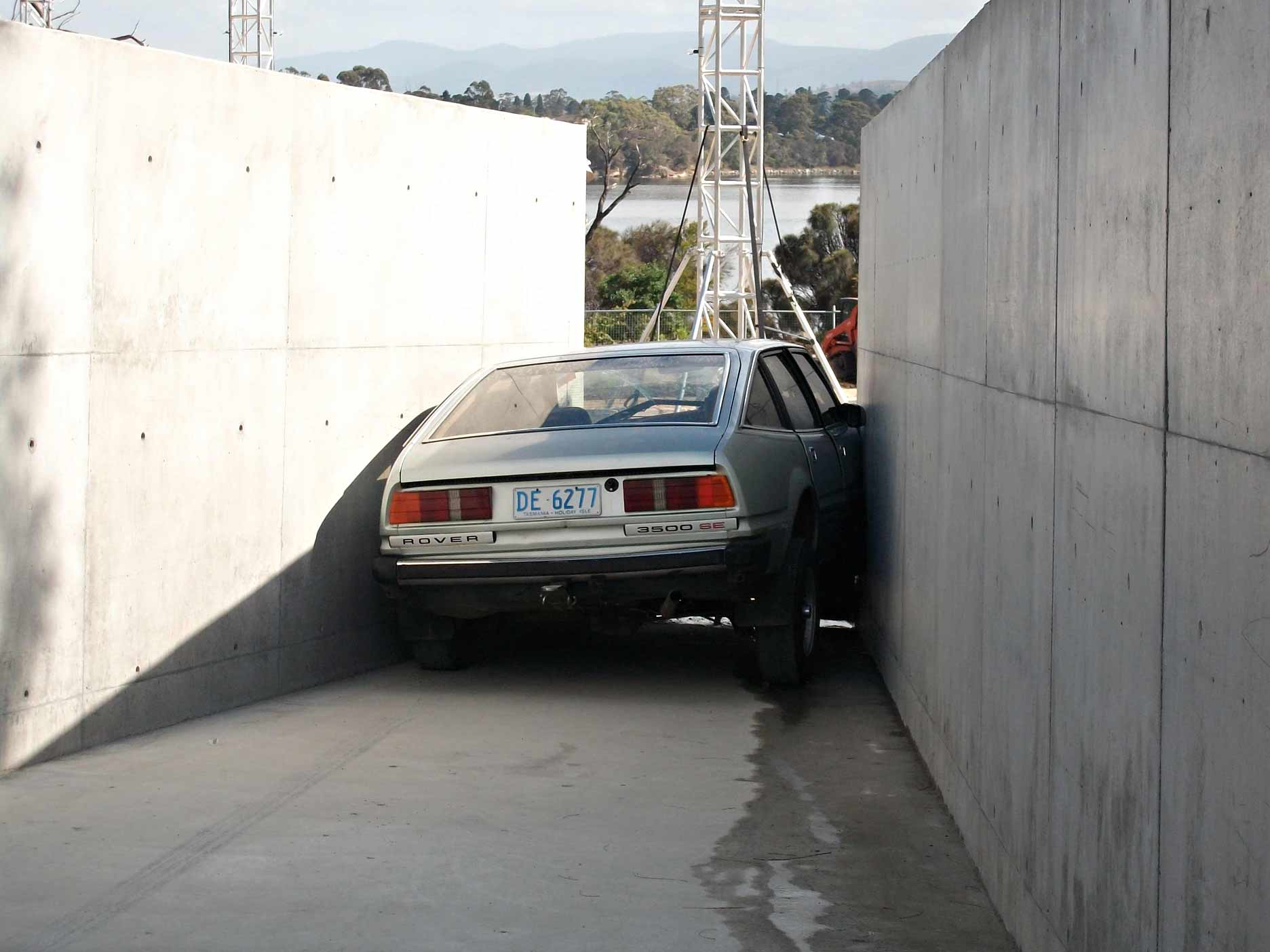 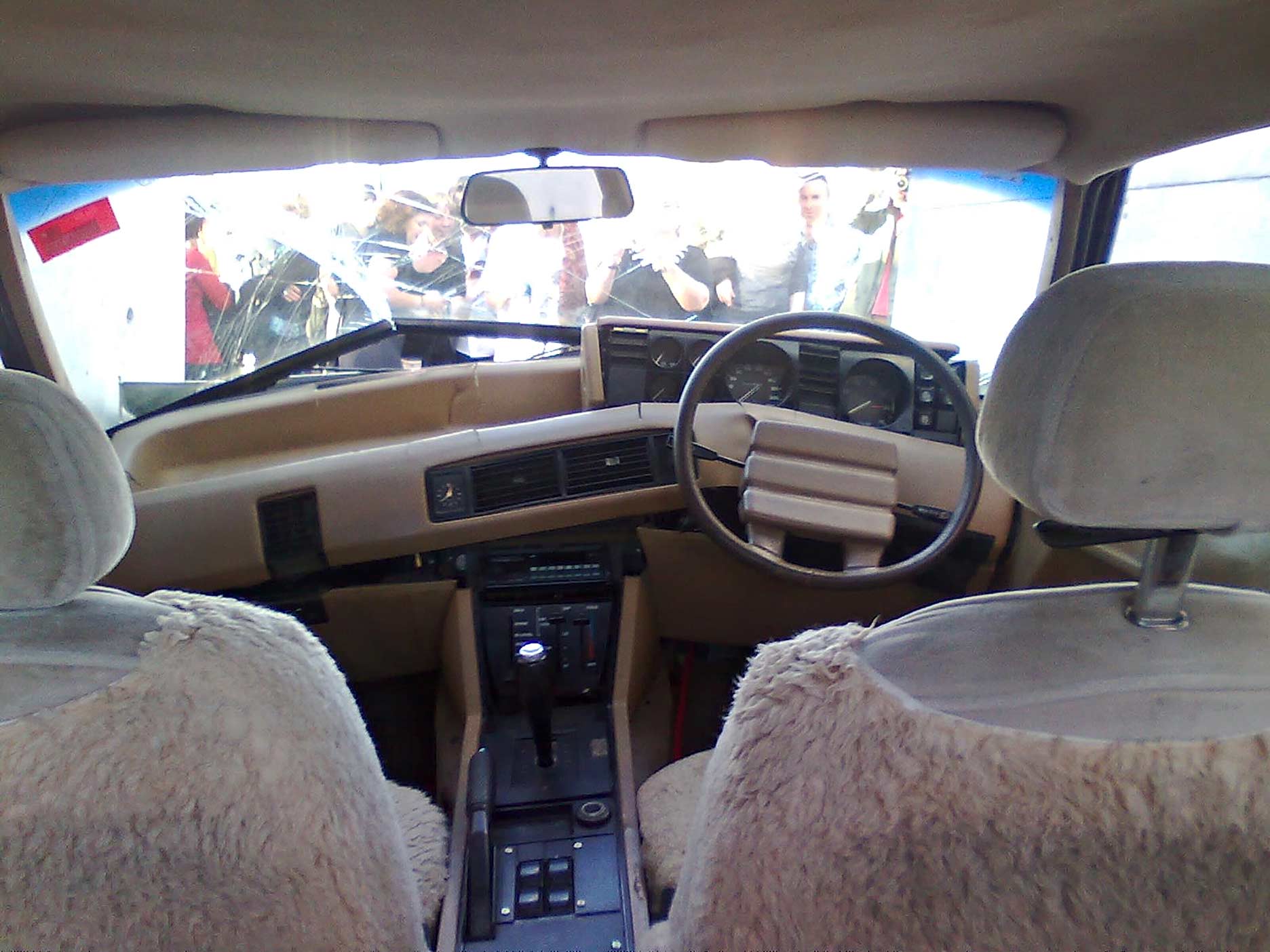 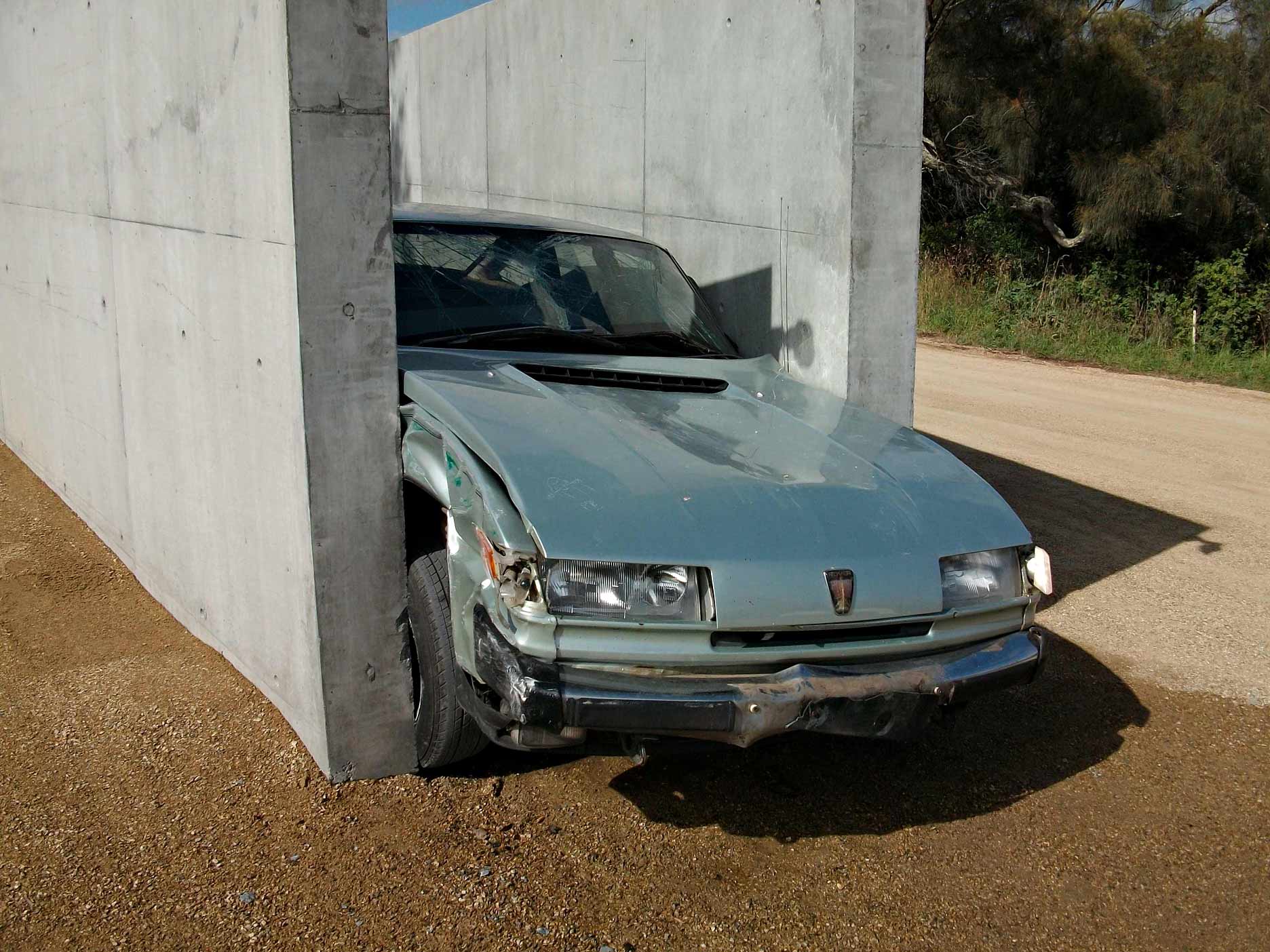 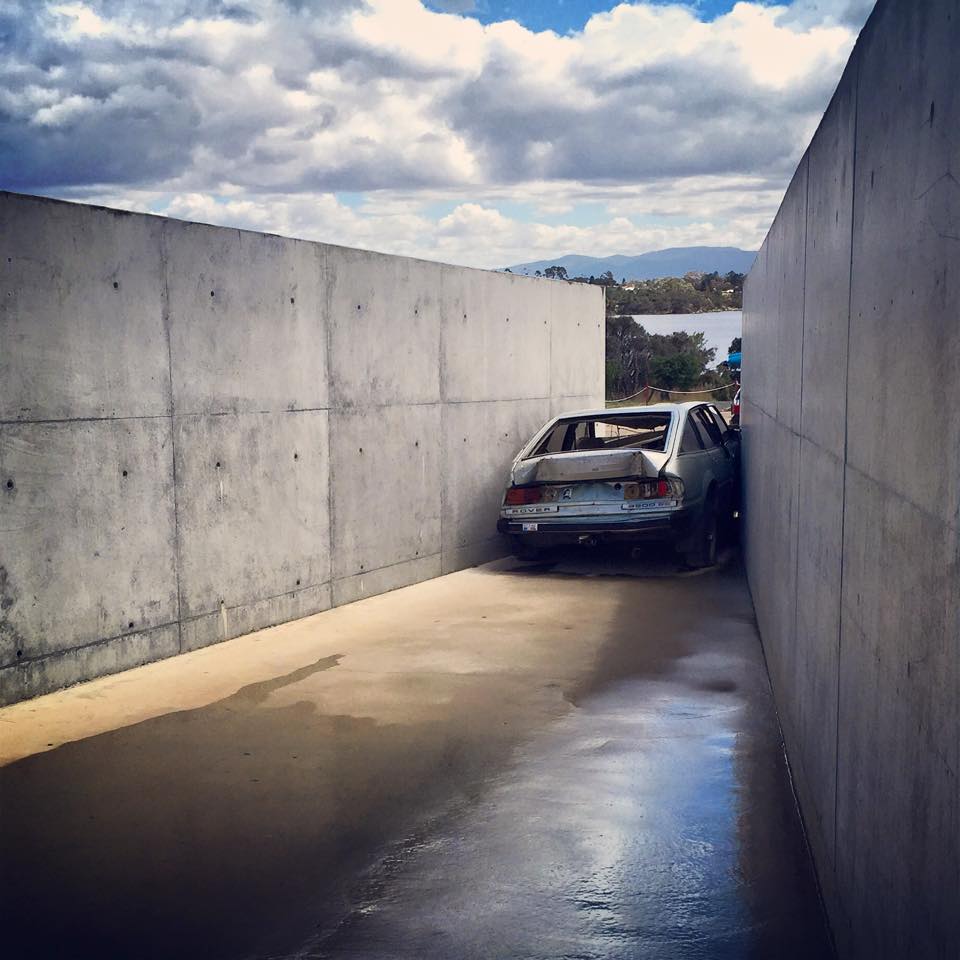 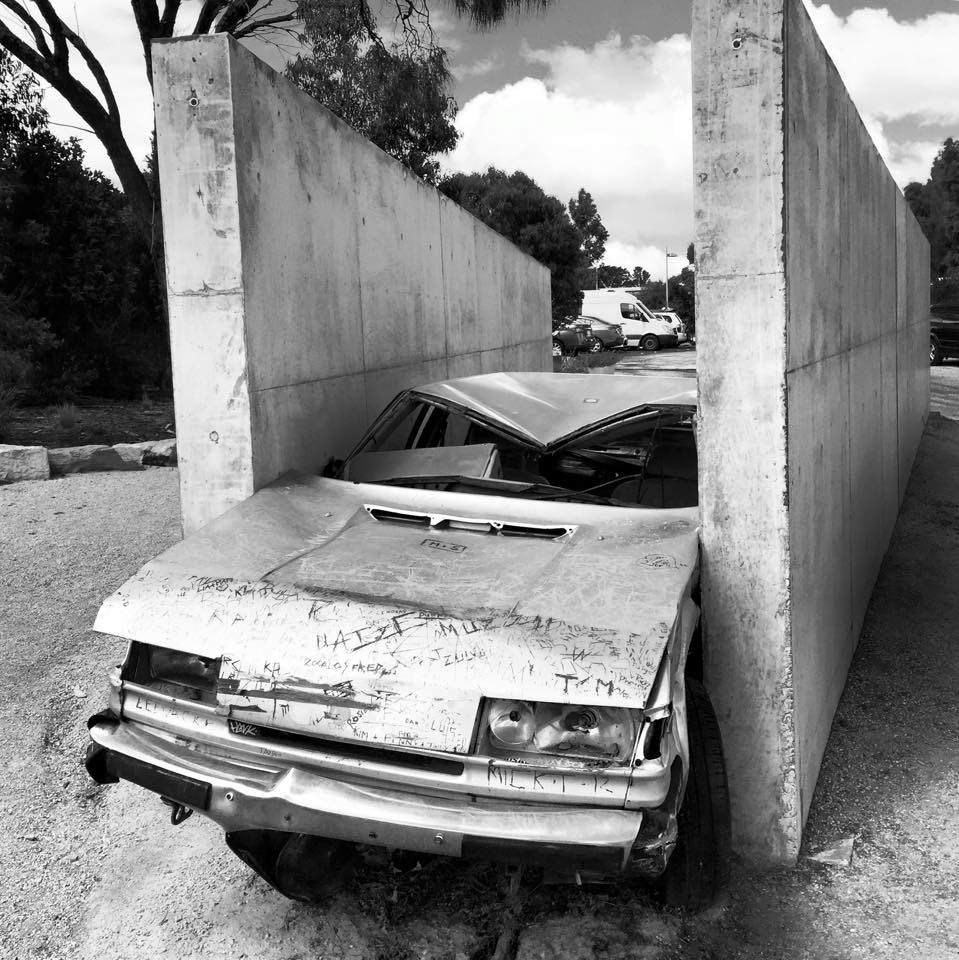 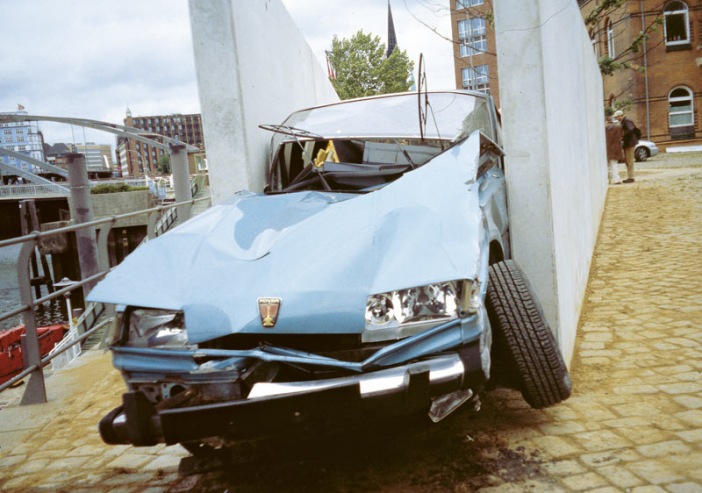